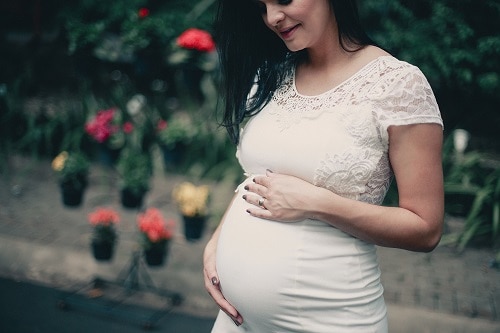 Before moving toward early signs of pregnancy after missed period, let’s have an understanding of the word pregnancy.

That means, when and how pregnancy occurs and what are basic concepts associated with pregnancy.

This egg gets released in women’s body every month. This process is known as ovulation. Once the sperm fertilizes the egg, then this egg gets down to uterus where it gets implanted.

Here your fetus grows and develops into a baby. Usually, this journey of baby’s growth in women’s womb gets completed in 40 weeks.

But there exists no hard and fast rule for this pregnancy period. In some cases, this time interval gets reduced and can cause premature delivery.

Usually, it has been found that early pregnancy detection and proper knowledge of the factors that should have to be taken care of during pregnancy increases the chances of a healthy pregnancy.

Thus it is very much crucial that women diagnosis pregnancy as early as possible and also have adequate knowledge of what to expect during pregnancy.

In this very article, we will discuss the early symptoms of pregnancy.

As everybody is different, so does it’s the response to pregnancy. Thus there is not a particular symptom that pertains to the fact that you are pregnant.

In the case of some women, multiple early pregnancy symptoms can be noticed whereas in some women; no symptom will be exhibited.

Thus it solely depends on women’s body that how will it a response to pregnancy.

But still, it is better to know about early pregnancy symptoms that might help you out in detecting pregnancy as early as four weeks.

So let’s have a look at them.

These pregnancy symptoms are caused due to changes that get induced in your body. As we know, our body plays very intelligently.

It prepares itself for every situation. SO does it, in this case.

As during pregnancy, you need a different level of hormones to sustain a pregnancy. SO your body starts inducing these hormones.

It is during this process that you will feel some changes in your body, which is here referred to as early pregnancy symptoms. These symptoms include:

It is the one among the earliest sign that you receive during pregnancy.

Even all pregnancy test can be taken once you had missed with your periods.

But pregnancy is not the only reason because of which you may miss a period. There can be another reason for the same.

So to be on the safe side, it is always advised to take a pregnancy test after ten days of your missed period. If you get a positive result then congratulation you are pregnant.

But if the result remains negative, then do consult a doctor to investigate further.

These hormonal changes can cause the problem of constipation in some instances.

Thus you are always advised to increase intake of water during pregnancy.

A third most notable symptom of pregnancy is cramping.

As your uterus begins to stretch and expand to support pregnancy, you will notice cramping.

But cramping, along with spotting or bleeding may be a serious issue with pregnancy.

It can be a symptom of ectopic pregnancy, which in short means non-sustainable pregnancy or can also signifies miscarriage.

So you should have to consult with the doctor immediately in such cases.

Although headache is not the only symptom of pregnancy but can be a common symptom in early pregnancy.

But if your headache persists for long then do contact your doctor.

Weight gain is normal phenomena during pregnancy. Although weight gain is not that significant during the first trimester but became more sound as your pregnancy proceeds.

In some cases, light bleeding or spotting is also one of the early sign of pregnancy. It is also called as implantation spotting. As this spotting is caused when fetus get implanted into the uterus. It usually occurs one or two weeks after fertilization.

But if you experience heavy bleeding, then there can be a serious emergency. Do not waste even a single minute and get to the doctor.

It can be a symptom of ectopic pregnancy or miscarriage, which can be even life-threatening.

It is one of the earliest symptoms that you notice while being pregnant.

You will feel tenderness, swollenness, or heaviness in the breast.

Sometimes some reasons contribute to the development of hypertension in certain women. It can be due to smoking, excessive weight, or a prior history of hypertension.

It is one of the most observed symptoms of pregnancy.

It is also one of the prime components of morning sickness.

It remains prominent during early months of pregnancy. But in some instances, women have to face such issue throughout their pregnancy.

Due to hormonal changes, it does happen that you may feel heartburn.

Back pain is also common during pregnancy. It is caused due to hormonal changes and stress on muscles which get increasing while your pregnancy proceeds.

So if you also feel the same, then do not panic. Consult your doctor. She may help you out with that.

It is a situation in which your body lacks in hemoglobin. It is a dire situation.

Reason for the same is that the female body requires more blood during pregnancy. If in such a scenario, you encounter with anemia, then this may induce many complications and risks with pregnancy.

If you are already anemic, then do consult your doctor immediately when you find out that you are pregnant, to avoid future complications.

One of the symptoms of being anemic is light-headedness and dizziness.

This anemic situation can lead to premature birth and low birth weight.

As is the case with back pain, so is the case of hip pain. It is also noticed in most of the pregnancy cases.

Reason for it can be many such as the heavier uterus or your posture.

AS the pregnancy proceeds, it can become more severe. Thus take adequate care of your health during pregnancy.

Mood swings are one of the common symptoms of early pregnancy. At one moment you will be delighted and other irritated.

DO not panic this is normal.

As we know, pregnancy causes a lot of hormonal changes in your body. These changes complicate your emotions.

In such cases you are

Biological and emotional changes can cause depression in women during pregnancy.

DO talk to your doctor if you are also feeling the same.

In simple words, insomnia means a problem in sleep.

DO not overthink and try to relax. In such a case, Yoga and meditation can help you in a great way.

Due to hormonal changes, you may face the issue of acne. Your skin can turn to be oiler.

But do not worry too much about it. AS this pregnancy acne will be blown once the baby is born.

Digestive difficulties are common during pregnancy. Even this problem is there to trouble you throughout your pregnancy.

If the issue of diarrhea persists for long, then it is highly advisable to contact your doctor.

And increase the intake of water to remain hydrated.

In the end, we may conclude that although there are specific early symptoms of pregnancy. But it is not sure which symptom you will experience during pregnancy as these symptoms vary a lot from one woman to another.

So do not rely solely on these symptoms and contact the doctor to have a better knowledge of your pregnancy.