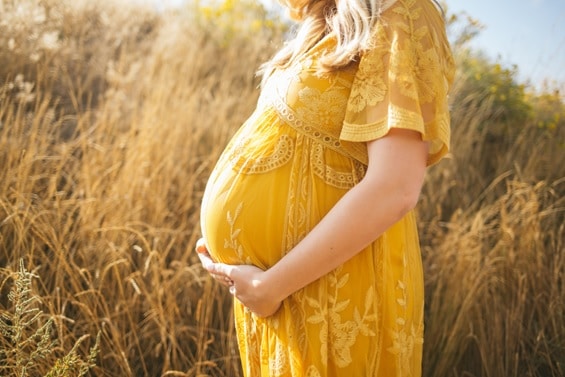 One of the most cherish-able moments of a women’s life is the unique process of giving birth or in simple words being pregnant. The entire process of being pregnant might be tiring and comes with its own cost but the ability to create life, withhold it and nurture it can make one forget about the complications and difficulties that come along with it.

Specific symptoms indicate pregnancy even before your missed periods- with these symptoms; you can suspect or hope that you are pregnant. And this is what we will be talking about today.

Although the entire process of pregnancy, their symptoms, and their side effects most often differ from person to person, there are certain common grounds on which you can tell if you are pregnant or not, even before missed periods.

So yes, if you are going through the symptoms that we are going to discuss even before your missed periods, then it’s time to embrace the fact- “you might be pregnant!”

Before that, let’s try and understand what science has to say about pregnancy and the physiologically changes that it causes.

THE SCIENCE OF PREGNANCY AND THEIR SYMPTOMS

Pregnancy is a delicate process that involves a change in one’s physiology and the entire body system.

The reasons for all the symptoms are due to the ways our body reacts to the changes taking place in our body. Various enzymes play an essential role in changing the physiology of your body. Enzymes like oestrogen and progesterone are secreted more often after fertilisation, thus leading to the changes throughout the body.

So, the symptoms that we notice whether it being the vomiting or soreness is most of all caused due to the fluctuation in the enzyme secretion and its actions. Having said so, the enzyme are not there only to cause you discomfort, but it has a more significant cause later during the pregnancy period.

The enzymes, in general, have a role in digestion, maintaining metabolic processes, and many other activities, thus am imbalance or fluctuation leads to heartburn, acid reflux, indigestion, vomiting as they play a significant role in slowing down the digestion leading to these symptoms.

Apart from the cause of the early symptoms of pregnancy, enzymes have an essential role in pregnancy as well. Few of the most crucial function that they are responsible are:

The three main hormones that are responsible for all the preparation and symptoms are:

Oestrogen mainly helps in preparing the body for pregnancy.

Progesterone mainly acts as a relaxant of muscles and maintains the uterus.

These enzymes are responsible for most of the imbalance caused in the body physiologically and anatomically before, during and after the fertilisation.

As stated above the signs and the intensity of the symptoms vary highly form women to women. You may notice it, or there are chances you might not at all! However, if your curiosity does come in the way, then the only way to end it is going for the pregnancy test, the safest way to confirm the implantation.

So let us all play the role of a detective for a few moments to see if your egg has been fertilised or not. That is if you are pregnant or not.

One of the most prominent symptoms of your pregnancy might just be you gaining some weight in your breast, or the sensitivity of the areas might only increase.

It has been observed that within 1st or 2nd week after your conception, you might start following the changes in your body. You might feel fuller and heavier breast, and the areola (the area around the nipple) starts to change colour into a darker colour.

The feeling of nausea also called as the morning sickness, are very common during pregnancy; this is the most prominent feature that can also contribute to the symptom of pregnancy before missed periods.

Once you conceive, the body has its way to recover and produce the required things like enzymes and blood cells for preparing the body for the baby in the uterus.

The activity of the body suddenly increases, resulting in the overdoing than what is usual, making you tired and worn out during pregnancy.

The body during pregnancy goes through many changes and hyperactive activity. One of that hyperactivity is the increase of blood rate and pump; this indirectly makes the kidney to work harder and more often.

Thus, the more amount of blood that is filtered in the kidney further is urinated, and as the entire rate increases, the frequency of urination does.

Hormones are highly responsible for most of your mood and actions; thus, it’s not a wonder why the mood swings come in play.

As the entire body undergoes a change in the production and secretion of certain enzymes, this may or may not cause mood changes and swings.

The rush of different emotions due to these enzymes’ secretions can be tiring at the time and may keep on going until your third trimester of the pregnancy. These emotions may be too much to control; thus, it is advised to dedicate yourself to other activities such as meditation, yoga, walking, etc.

The unusual emotions and feelings like crying and anger are very common in pregnant women; thus, these mood swings also helps in the symptoms of pregnancy before missed periods.

Although this is one of the symptoms that are more often seen in the later stages of the pregnancy, there are times when one can notice a deep breath and an increased heartbeat. Thus, it can be considered as the symptoms of pregnancy before missed periods.

Hormones contribute to the cause of heartburn or acid refluxes as an early symptom of pregnancy before missed periods.

The early symptoms of pregnancy before the missed period show the signs of bloating and constipation. The difficulty in digestion, in general, becomes very difficult

Thus, it is always suggested to eat light and healthy food during pregnancy.

CAN IT BE SOMETHING ELSE?

Although these are undoubtedly essential and evident symptoms of pregnancy before missed periods, their chances of being something else is also a possibility,

Thus, it’s advisable to consult a doctor in either case, self-evaluation may be helpful but may not be accurate, and you might take wrong precautions regarding the same.

The symptoms of  PMSing and pregnancy might just overlap, as their symptoms are so much similar that one might just confuse on noticing the difference.

The occurrence of the PMS symptoms are quite often during one or two weeks before your periods, thus to understand if it is the periods or the pregnancy is difficult. And the importance of knowing the cause of any symptoms is vital because you start taking precautions for it.

PMS and pregnancy share few common grounds on the symptoms like mood swings, urination, soreness in the breast. However, few not so typical pregnancy symptoms show the difference.

Few symptoms that are different from your period’s traits are:

Having said so, the best way you can see the difference or make sure of your intuitions would be consulting the doctor or get yourself check either ultrasonography or pregnancy tests.

Pregnancy being a unique and vital process of any women, it is crucial to know about it to go about with your pregnancy. Knowing more about yourself, your symptoms become significant. The signs of pregnancy is very evident if you do not get periods or miss them, and its becomes easier to deduce if you are pregnant or not. However, getting to know about your pregnancy just out of curiosity or joy can be a bit tricky.

Thus in this article, we have tried to give a relatively comprehensive coverage of the symptoms of pregnancy before missed periods. Therefore, this article should be considered as a short overview of it. Although the fact remains that, the symptoms may highly vary from one woman to another and it’s always suggested to refer to your doctor for the same to get a proper result as they are in the best position to guide you throughout the process.

What are the first signs of pregnancy?

Although there are different symptoms and signs of pregnancy, they highly vary from person to person based on their diet, sleep, hydration, etc. Few of the symptoms has been thoroughly discussed in detail in this article to know if you are pregnant or not before you miss periods, the symptoms are almost consistent throughout the first few weeks.

Why do you feel pregnant before periods?

The symptoms of your periods and pregnancy have a lot in common thus can be confusing for you to understand what the cause of the symptoms is. Most of the symptoms are similar to the side effects of the PMS.

But if you feel like you are pregnant, that might be due to the hormonal fluctuations caused due to periods or sometimes other reasons like tiredness or other illness/diseases. It might also be if you are eagerly waiting to get pregnant, subconsciously you might be expecting it.

Thus, the best way to know would be getting an ultrasound or pregnancy test.

How early do pregnancy symptoms start?

It varies from women to women, to be frank, but one might start getting their early pregnancy symptoms within days after conception or within a week or so before your periods.

The symptoms start with tenderness in the breast, nauseated to fatigue ness and other sensitivity towards the smell.

What are the uncommon signs of pregnancy?

There are few weird and uncommon signs and symptoms of pregnancy like –constipation problem, dizziness, heartburn, body temperature fluctuation etc.

Does your body feel different in early pregnancy?

During the onset of conceiving several changes starts to take place in our body, the enzymes are mainly responsible for most of the action, there are anatomical, and physiochemical changes that make the place such as, the breast size starts to increase, stretch marks begin to appear, abdomen starts to expand etc.

Can you tell if you are pregnant six days before periods?

One can start getting the signs of pregnancy right from the very fourth or fifth day from the conception. Thus, yes if you find yourself going through a few of the symptoms giving in the article like breast tenderness, fatigue ness, nausea, etc.