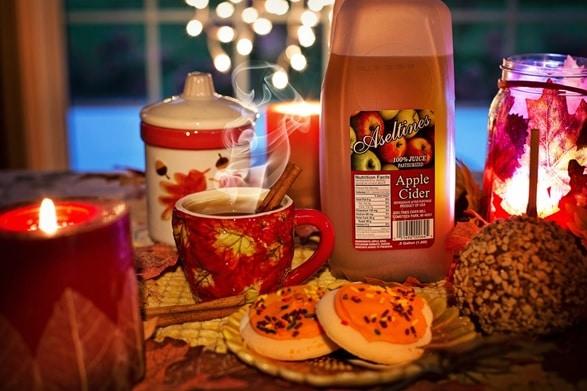 I am sure these are few questions that might have popped in your head as soon as you get to know about the benefits of apple cider vinegar.

Our ongoing process to seek out for validation and rule out the curiosity to remove all the questions and doubts in our mind is something we humans are well known for. Today even though there are many beneficial aspects of apple cider vinegar that you might encounter, there would also be few people going out of the way to say otherwise.

With all the rows and talks about the benefits that one can gain by incorporating apple cider vinegar in their daily route in it can somehow backfire if not consumed or used with optimum care and knowledge. Either wrong usage or excess consumption of apple cider vinegar will lead to various side effects.

This article will give you a clear idea about the side affects you can expect while having apple cider vinegar and a few tips on how you can avoid having those side effects.

Here is an outline of how we are going to proceed with the article:

BRIEF ABOUT WHAT IS APPLE CIDER VINEGAR

It is a fermented product made from apples during alcoholic fermentation, which further leads to another fermentation where the actual produce “vinegar” is formed, which is later named apple cider vinegar[1].

The critical element of apple cider vinegar is the presence of acetic acid that mainly gives the taste and smell to the product. This crucial element is a by-product formed called the “mother of vinegar,” which contains the probiotic microbes and enzymes [2].

SIDE EFFECTS OF APPLE CIDER VINEGAR

As discussed due to the acidic contents of the apple cider vinegar, it obviously becomes imperative to maintain precautions while consuming or using it. This acidic content may cause a few side effects that may cause some discomfort for you.

In general acidic compounds or vinegar are said to have an adverse effect on our tooth; acid basically weakens our tooth enamel on exposing it too long with acidic food beverages.

In fact, consuming too much acidic food is also suggested to be avoided cause it potential to lead to tooth decay. Studies have shown how beverages and drink affect our tooth health and gum, as well [3].

Undiluted form of apple cider vinegar is the most dangerous way to consume it, and that can cause tooth damage. The decay in tooth might not be visible to our naked eyes, but on the consumption of apple cider every day or on a regular basis, one may notice a weakening of tooth, pain in gum, and increase in sensitivity towards hot and cold food.

Studies have also researched on the side effects of apple cider vinegar on a tooth such as:

Tooth, as we all know, is the hardest substance in our entire body and the enamel of the teeth that is the outermost layer of the teeth is a non-living thing that is they lack any living cells in it; thus our body cannot replace the eroded parts of our teeth once it’s gone[7].

Consuming concentrated form of apple cider can cause the throat burning sensation. The primary reason is said to be due to the acetic acid. Any kind of oral overuse of the apple cider vinegar eventually leads to this side effect.

Scientific studies on it:

The effect of apple cider may vary from person to person; not everyone can digest and tolerate it well.

Vinegar, in general, is good too as a source of vitamin and minerals and can be useful to use as a salad dressing, but consuming it, especially if one has some history of stomach ache or problem, may not be an excellent idea for them.

Although it is true that apple cider vinegar gives the feeling of fullness and slows down the digestion process and the vinegar and the pungent nature of it can cause the feeling of nausea and unpleasantness among many people.[10]

Thus it is always suggested to keep a track of one’s blood sugar level for people suffering from diabetics and gastroparesis.

Since our skin can be quite sensitive to any chemical-based products, acidic content in certain products and vegetables like lemons are to be avoided by many dermatologists to be applied directly on the skin.

The undiluted form of apple cider vinegar can cause skin rashes, irritation, and burn, which may require proper medical treatment further.

Thus the topical application of apple cider vinegar either as a toner of face washes is not suggested, especially if it is in the concentrated form. People tend to use it as home remedies looking at various influencers and maybe on the internet itself, but it’s essential to get a clear idea of what you are getting into.

In fact, according to U.S. Food & Drug Administration and MedlinePlus, the use of other chemical exfoliates and toners such as glycolic acid and salicylic acids are much more efficient and effective unclaimed apple cider vinegar when compared[13] [14].

Bloating is a feeling of discomfort when your belly feels all swollen after eating or in the morning, most of the time, it’s caused due to excess of gas production

Apple cider vinegar can give you a bloated feeling, as we are known by now that ACV mainly reduces the rate at which our food gets processed and digested in our body; thus, the food remains in our body for longer than usual.

This overstay of food in our body may cause gas production and cause some serious bloating problems.

If you are one of those who have heard astonishing things about how apple cider vinegar can help you lose weight, then it’s time to rethink.

Yes, there have been several research reports where researchers have proved the effect of vinegar on our journey of weight loss, and it is true it can help you with it.

But that effect can be only temporary means, primarily because the weight that you lose would be essentially the excess of water in your body, which you might gain back as soon as you stop consuming ACV.

Few other personal concern health problems or side effects of apple cider vinegar would be:

APPLE CIDER VINEGAR AND YOUR KIDNEY

One of the side effects of apple cider vinegar is that you might just have to compromise your kidney functions.

Especially people with pre-existing kidney problems or health conditions may put a strain on their kidneys if they consume apple cider vinegar on a regular basis.

Consumption of too much apple cider vinegar, the undiluted form, may cause acidosis, which adversely affects one’s kidney. However, there are reports which say the beneficial effect of ACV on kidney stone.

APPLE CIDER MAY INTERFERE WITH OTHER DRUGS.

Consuming ACV can affect the actions of other drugs that you take. Medications such as laxatives, insulin, and diuretics might get effected.

APPLE CIDER VINEGAR MAY CAUSE HYPOKALEMIA

Hypokalemia is a condition that is caused due to low potassium levels in our bodies.

Lowering of potassium in our body can cause other effects, such as wreaking of bone and brittleness in our bone; the mineral density of our bones reduces.

Tips for consuming it:

If you are someone who wants to consume the apple cider to obtain full benefits, then here are few safety tips that you should follow.

HOW TO PREVENT SIDE EFFECTS OF DRINKING APPLE CIDER VINEGAR

Now if you are someone who has already started using the apple cider and have been using it for quite some time now, then here are some of the things you can do to avoid the side effects of apple cider vinegar. And if you are someone who is still on the verge to start, then these are things you should keep in mind in order to skip the part of side effects.

Our approach towards new things can always lead us to uninformed details of it, apple cider vinegar today with all its claim for health and skin benefits, and also few of the research work backing them up has over shadowed the side effects of consuming it.

Thus to known and be well-informed about the positive and negative aspects of everything is important to make a wise decision, although there are no proven side effects of apple cider vinegar yet proved scientifically and is considered to be safe to use, but that is only if it is used at the proper optimal level.

In short, it won’t cause much problems for you if you follow the tips to use and avoid side effects and it’s always safe to consult a doctor before consuming or using it, especially if you are under any medications.