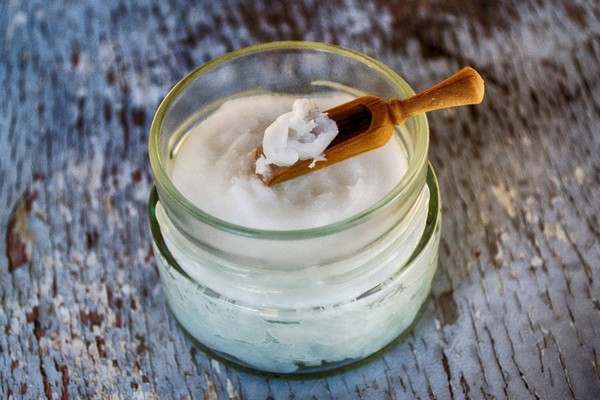 Coconut and its benefits have always been an integrated part of people’s life and irrespective of what few articles say, no one can deny the fact that there are various benefits of coconut oil. The use of coconut oil has acted as a boon to most of our daily activities. Thus today, we come to you with the top 5 benefits of eating coconut oil, which has lesser-known facts on the internet.

With the growing age of various beauty industries, the use of natural oils, one of them being coconut oil, was well spoken about in terms of its use for skin or hair care. But what happens when we eat coconut oil? Do we consider that also as a solution for some health problems?

The top 5 benefits of eating coconut oil will help bring you facts about its benefits, making coconut a bit more interesting.

As shocking as it might sound, it is true to much extent; yes, coconut oil is beneficial for losing weight.

We obviously cannot deny the fact that coconut oil has is 95% almost full of fat, despite that what we need to understand is that not all fat are harmful, especially when taken in an appropriate amount.

But the concern is how much coconut oil would be suitable for obtaining the top 5 benefits of coconut oil, right; well, don’t worry, we would be talking about the dosage later on in this article.

One of the factors that most of us deal with is the problem with digestion, and we kid you not when we say that digestion plays a very important role in the normal functioning of our body.

Without a proper digestive system, we might have a wasteful bowl system, start gaining weight and affect other parts of our body like the liver and kidney.

Thus, it is necessary to maintain a good diet and consider digestion as critical.

This provides you another reason to eat coconut oil and give our 2nd health benefits of eating coconut oil.

Even though the entire topic of the health benefits of eating coconut oil is a bit controversial and contrary to many proven results, many researchers say otherwise regarding cardiovascular disease.

#4 BENEFITS OF EATING COCONUT OIL FOR SKIN and HAIR HEALTH

The use of coconut oil has always been better than taking into account its external way, but as soon as we try and think of eating it or having it in our diet, its like a horror. But the tide has turned, and in recent times recognition of this natural source are much in use, one of them being coconut oil.

Coconut oil, as we all know, has great benefits for our hair and skin but did you know its ore useful when you eat coconut oil directly.

Eating coconut oil brings in the wellness of its properties from within, which cannot be brought when applied topically on skin or hair.

Thus, coconut oil benefits for the skin, benefits of coconut oil for hair and the overall body become very important once we start viewing the discovery and research areas of coconut.

Another health benefit of eating coconut oil is that it has an antimicrobial effect and can improve our body’s immunity.

HOW MUCH COCONUT OIL FOR AN ADULT IS GOOD

To be frank, the numbers vary on age, the existing health conditions, and many more factors. But to gist it you and make it a bit easier for all individuals, research has concluded few maximum amounts of coconut oil that we can consume.

Depending on the other calorie intake of a person, that amount may vary from 30ml-40 ml per day.

In general, there is an estimate of how much fat and calories does one tablespoon of coconut oil have based on the United States Department of Agriculture[10] :

How to use coconut oil

The exclusive use of coconut oil in terms of eating or application depends mostly on one’s needs, likings, and sometimes on culture.

USE OF COCONUT OIL FOR TOPICAL APPLICATION

Coconut oil can be used directly on skin or hair when every needed. The use of coconut oil and, in fact, essential oils have been long used in the beauty and skincare industry, and most of the products with moisturizers come with coconut oil in today’s world.

USE FOR COOKING FOOD

Many people and counties use coconut oil directly for coconut food. Taking coconut oil for frying, baking, sauteing, or more.

Even though there might be a hell of a lot of beneficial things that we consider and have seen in the article regarding coconut oil, we know now the top 5 benefits of coconut oil. Still, nevertheless its fatty oil a day too much consumption of the same may lead to other health problems.

Thus, always take measurements, start slow, and less intake of coconut oil; you can always take recommendations and suggestions from experts and remember to consume not more than 10% of your daily calories of coconut oil.

Coconut oil has nourished millions of people throughout the world for generations. The top 5 benefits of eating coconut oil and other natural properties make coconut oil an excellent dietary choice.